Traveling offers the opportunity to see new places, experience different cultures, and learn about the world around us not only as it exists today, but as it existed yesterday.  As our travelogues are polished and published, we will provide links below and invite you to read along and share our experiences. 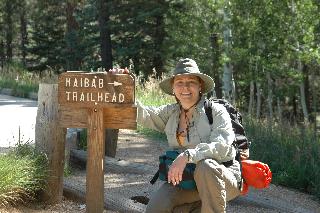 Patty Poupart is a free lance writer from New Orleans.
She and her husband, Mike, enjoy outdoor activities including hiking and
photographing the beautiful scenery of the southwestern United States,
keeping a special place in their hearts for the Grand Canyon, where they were married.

We are VERY involved in Corvettes and racing.  We are among the founding (charter) members of Greater New Orleans Corvette Club, established in 1988.  We are also members of Delta Region, Sports Car Club of America and Historic Sportscar Racing, Ltd. (HSR).  Mike and Patty both raced in the Grand Bayou Race Series / Gulf Coast Race Series at Circuit Grand Bayou in Belle Rose, Louisiana. You will find stories and event reports of our racing activities in the Racing News located on the Mike Poupart Motorsports web page. 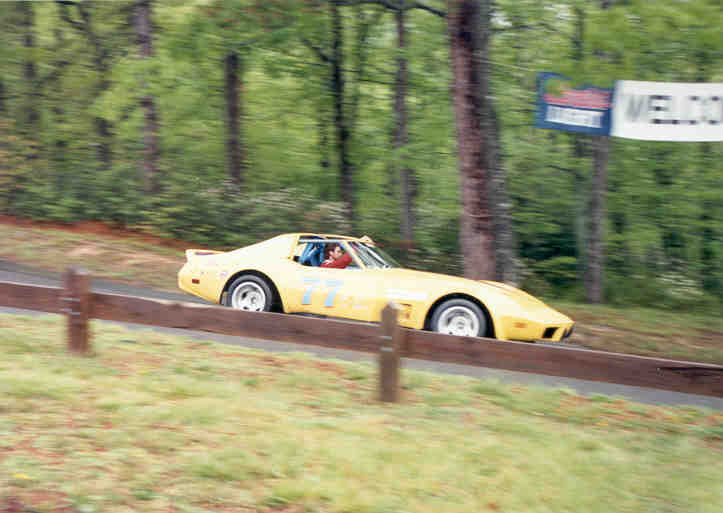 The #77 SCCA GT1 / Solo 2 B-Prepared Corvette was the first race car built by Mike Poupart.  Completed in 1987, it's original livery was yellow with graphics over the top and #77 on the doors.  Mike campaigned the car all over the southeast U.S. in Solo 2, Solo 1, Pro Solo and Hillclimb events posting wins everywhere he went, earning him the nickname "Bayou Boy" along the way.  The most exciting was a GT1 class win the first time he competed at the Chimney Rock Hillclimb in 1990 (pictured at left). 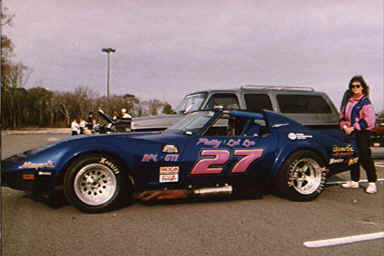 Notably, in 1993 Patty drove the car to an SCCA  Solo 2 National Championship in B-Prepared Ladies.  In 1994, Mike & Patty won both the mens and ladies classes in B-Prepared at the nationals.  After undergoing a color change, the car was re-numbered #27, and Patty won her third national championship in 1996. 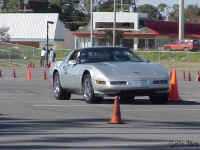 This is a photo taken on October 28, 2001 of Patty in her 1996  Silver Collector's Edition Corvette at an autocross hosted by Delta Region, SCCA at Zephyr Stadium on Airline Drive in Metairie, Louisiana.  On October 26, 2001, this same car won an award at a local cruise night for "Best Every Day Driver". 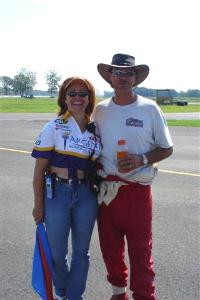 We spend a lot of time at Circuit Grand Bayou (formerly No Problem Raceway) near Donaldsonville, LA either racing, instructing, or just heading up track days for car clubs and special interest groups.  The picture to the right was taken in September, 2003 at the track day for the Louisiana Viper Clubs.  Mike instructed the drivers and Patty ran the starting grid for the event. 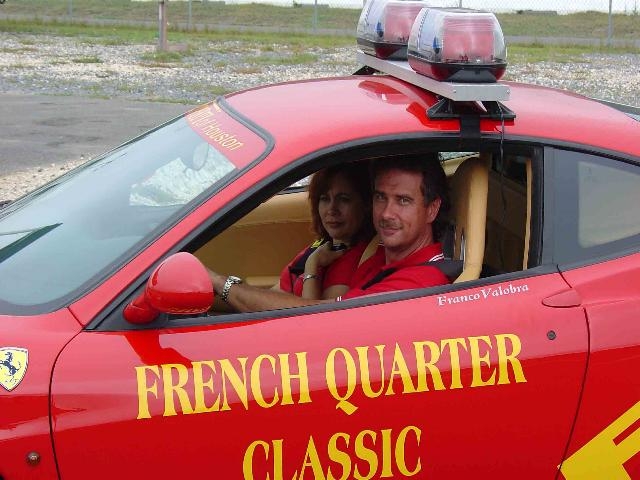 The picture at left was taken during the Ferrari of America "French Quarter Classic" track day held in October, 2003 at No Problem Raceway.  Mike drove this pace car, a 360 Modena,  owned by Franco Valobra, during the touring laps for the Ferrari owners and the 2003 Masarati Coupè pace car for the exhibition race.  Patty is riding shotgun in this picture after inspecting the track before the touring laps began.

On March 19, 2004, we said good-bye to the 1996 Collector's Edition Corvette. The car was purchased in August of 2000 and it had been Patty's daily driver for about 3 1/2 years.  We had a lot of fun with the car!  It was in car shows and autocrosses.  It was taken out on track touring days and a few short out-of-state trips.

Patty took a picture with the car one last time before heading over to Sewell Cadillac-Chevrolet to turn the
keys over to the new owners.  It was a little strange to see someone else getting into the '96 in the same spot where we took delivery of the car a few years before.  We sold it to a friend who provided a wonderful home for our old car.  Update - In 2009 the car moved on and once more came into the possession of a friend.  She hasn't gone too far from home!

Like the last Corvette, it is silver with black interior and chrome wheels.  It definitely fits the "bigger, better, faster" category!
It is a fixed roof coupe with a 5.7 liter 405 hp sequential fuel injection V8 engine and a 6-speed manual transmission.  All that power hits the ground with 17" wheels in the front and 18" in the rear.  It goes FAST and we're having FUN!!  Out of all the Corvettes we have owned between us, this is the first "new" Corvette either of us have ever had.  I even kept my personalized license plate, "AGGRSIV," which looks more appropriate on the new car!

That's our 2001 GMC Sierra 3500 Diesel Dually behind the Corvette in the picture above.
Mike treated himself to a new truck a few years before this photo was taken. 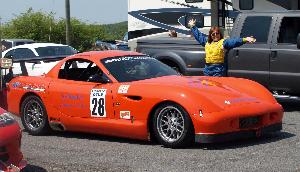 The newest addition to our racing program is a Panoz GTLS, powered by a Chevy LS1 engine, of course!
We started developing the car in the latter part of 2009 and Patty campaigned it in the 2010 Grand Bayou Charity Challenge at Circuit Grand Bayou.

Although we enjoy racing together and sharing the same car, we really have a lot of fun when we have the opportunity to be on track in separate cars competing against one another.

In a totally different direction, we have another new toy - a 1930 Chevy Sedan "Rat Rod" - and it is a blast!  It is rude, crude, slammed, and obnoxiously loud.  Some people get it, some don't.  It is quite a head turner whichever way you look at it.  We think it is a lot of fun!


Stay tuned! You never know what might show up in our garage next!

Our hobbies and interest are widely varied. Among them, we have a strong interest in the enjoyment of trains including modeling and collecting of all scales, collecting railroad memorabilia and touring the country enjoying rides on steam trains.  Our biggest interests are in the old L&N and Southern railroads mostly due to the fact that our respective families worked at each of those railroads. We have been members of the Louisiana State Railroad Museum, the Louisville & Nashville Railroad Historical Society, the Southern Railway Historical Association, and the National Railway Historical Society.